Joe took up steel in 1970, after falling in love with the sounds he heard in country rock bands such as The Byrds, The Flying Burrito Brothers, and The New Riders of the Purple Sage. He bought an old Fender 400 and learned a weird tuning that he abandoned a year later when he got a double-neck ZB. Within a few years he was making a living playing local "sit-down" gigs.

In the late '70s Joe joined the Billy C. Farlow Band (Billy C. had been the lead singer with Commander Cody). They toured the West Coast extensively and even made it to the Armadillo Club, in Austin. Back in the Bay Area in the early "Urban Cowboy" '80s, Joe played to packed houses with the Texas Chainsaw Band. He recently played the Montreaux Jazz Festival in Switzerland with Atlantic label artist Jim Lauderdale.

Joe has recorded with many artists, including Laurie Lewis, David Byrne, and the Usual Suspects (a nine-album project of eclectic Bay Area music and musicians). Joe has backed Taj Mahal, Maria Muldaur, Peter Rowan, Norton Buffalo, as well as played on a recent Mike Bloomfield session.

Lloyd Green was Joe's earliest influence, with Lloyd's Hit Sounds album remaining a favorite. Joe has combined his years of playing country with his rock & roll roots. He plays the steel the way we like to hear it, with feeling and expression, but says, "There's no point in my recording "Mansion On The Hill" when twenty guys have already done it." 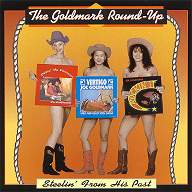 When I was learning to play pedal steel in San Francisco in the 70's, Joe Goldmark was one of my idols. He was an excellent country-rock player in the local club scene, and a virtual encyclopedia of steel guitar knowledge.

Between 1977 and 1981, Joe released three albums that really blew my mind. Backed by top-notch rock musicians, Joe recorded modern and experimental music unlike anything that I had heard before from the pedal steel. This compilation CD pulls together Joe's own favorites from those three LPs. These tracks are required listening for anyone interested in the genesis of country-rock steel. 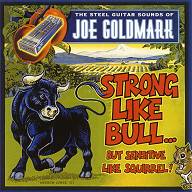 Joe really outdid himself with this 2001 release on Hightone Records. He's playing better than ever, and he's getting a fantastic tone from his Zum. For this project, Joe surrounded himself with the best musicians in San Francisco, including his band-mates from The Ten Gallon Cats and a funky horn section. The material is the ultimate Goldmark mix of country-rock and R&B, with eight of the 14 tunes written by Joe himself. 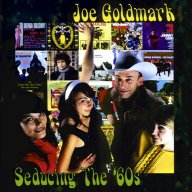 I can never say enough good things about Joe's playing - he's one of my favorite players, and perhaps the most underrated steeler on the scene today. His style is instantly identifiable whether he's playing country, rock or R&B.

On this CD, Joe takes some of his favorite 60's rock tunes and lovingly tinges them with his soulful, country steel sound.  Half instrumental, half vocal, this set keeps the listener entertained with musical variety, yet keeps that clean pedal steel up front where it belongs. For country fans, two live cuts from Joe's "Mental Revenge" band are included.

No 60's collection would be complete with a a healthy dose of Beatles, and this one doesn't disappoint. My favorite track so far is the George Harrison classic "Isn't It A Pity", with its extended jam ending. Just classic!