In the early '70s, I was bouncing around Nashville searching for good steelmen. With me was Sonny Curtis, at that time the steel player for George Jones' Jones Boys. We passed Demon's Den and heard some guy trying to play hoe-downs on a steel, but wasn't quite cutting it. Sonny and I elbowed our way inside and learned that the player was Jernigan. That was the first time I had heard Doug, although word of him had been circulating for some time. I commented to Sonny that no one would ever be able to play steel at the speed of a fiddle or banjo player, except for short riffs. I told Sonny, "The kid should give up trying." Fortunately, Doug never heard my comment, not that he should have paid any attention.

From the beginning, Doug was a visionary. He knew the steel guitar was capable of being played at speeds that rivaled the three other lead instruments more identified for their speed of playing: the fiddle, guitar, and banjo. Doug was determined, eventually perfecting banjo rolls and fiddle riffs needed for complete tunes. He then duplicated most of the tunes previously reserved for these instruments alone to play. Those skills and talent have become his major identifying markers. In those accomplishments, he became the fastest picking steelman of his day. That undaunted vision and his many other subsequent achievements led to his induction into the Steel Guitar Hall of Fame in 1994.

In his early years ('60s & '70s), Doug toured as a backup player for Ferlin Husky, David Houston, Jimmy Dickens, Faron Young, Vassar Clements, and many others. That road work honed his skills. In 1970 Ron Lashley of the Emmons Guitar Company recognized Doug's talent and produced his first album, Uptown To Country. That album was one of the finest ever recorded and surely ranks in the top 50 even to this day. Since then, Doug has recorded 6 more instrumental albums, shared billing on two others, and has been the session steel guitarist on countless recordings by such country music artists as Faron Young, Little Jimmy Dickins, Lorie Morgan, and David Frizzell.

Doug is not secretive and shares his playing abilities through a number of course booklets that are available. The cream of that instructional crop is listed elsewhere in this catalog. Those hoe-downs and banjo rolls look easy when revealed in tablature form. Keep in mind that Doug was perhaps the first one to figure out how to get them to flow from his E9th tuning, from beginning to end and with continuity. A remarkable achievement! For his many accomplishments, Doug was inducted into the Steel Guitar Hall of Fame in 1994.

Today, Doug tours as a concert performer, records with a host of Country Music stars and plays on the Opry constantly. He is one of the top 10 players in the world. He delivers country, bluegrass, jazz, pop, and blues with ease. Additionally, few are aware that he is also an accomplished dobro player. Besides all of the above, Doug is a gentleman dedicated to giving back what joy the instrument has given him. Don't miss an opportunity to see him in concert. 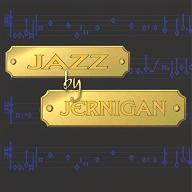 This 2000 release might be the best jazz steel album recorded to date. It's certainly in the top five. No compromise, no apologies, no token E9th ballad - this CD is straight-ahead bop with a top flight combo. Doug wrote three of the tunes, and the rest are Real Book standards. I'm sure this one is destined to become a classic. 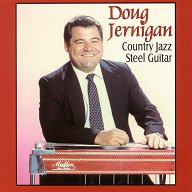 A member of the Steel Guitar Hall of Fame, Doug Jernigan is best known in steel guitar circles for his C6th jazz prowess. On this classic album, Doug fronts a quintet that includes Brent Mason on guitar, John Probst on piano, David Smith on bass and Kenny Malone on drums. Can you imagine?! The set list is mostly jazz standards, with a few originals thrown in. 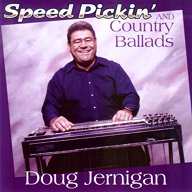 I had to catch my breath after listening to Doug's rendition of "Eight Days a Week", and sure enough, the next tune was a sweet familiar ballad. True to the title, this is a country album that alternates between the nearly impossible and the absolutely beautiful. Accompaniment is provided by some of Nashville's finest session musicians, including guitarist Brent Mason and fiddler Vassar Clements.

It was recorded in 2004, but this kind of music is truly timeless, in my opinion.