I grew up in Pittsburgh, and moved to San Francisco after I got out of school. Somehow I got hooked on "that sound" from old Hank Williams and new Flying Burrito Brothers records, and started playing steel in the early 70's. It wasn't long before I was playing the honky tonks on Mission Street, paying my dues on country standards.

In 1978 I moved north to Sonoma County, California, because it was a better place to raise the kids. I gave up trying to play steel "for a living" in 1980 and took a day job. I still played on weekends, though, in bars and local social halls.

I didn't grow up listening to steel guitar or country music - it wasn't popular around Pittsburgh. Discovering Hank Williams, Bob Wills and the wealth of "authentic country music" was a major turning point in my life. I know that most steel guitarists grew up listening to the stuff, but I wonder how many, like me, didn't even hear Hank until they were old enough to drink. 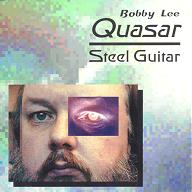 This is the album that launched my web site back in 1995. It's mostly instrumental (I sing a little bit) and all of the songs feature the steel guitar. The music is mix of country, blues and Hawaiian. Half of the songs are original. It's all 12 string E9th pedal steel (Sierra Crown) except for "Sand", which was played on A6th neck of my Fender Stringmaster.

I sold out of the original CD pressings, and have reissued this at a lower price using CD-R discs burned on a computer. 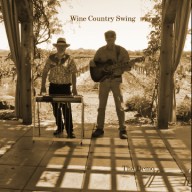 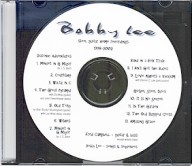 Like many steel guitarists, I enjoy the quiet pleasure of recording in my practice room at home. Here are the results of that hobby, spanning a 4-year period. There is no packaging with this CD - I just burned them on my home computer.

The first 7 songs were made on my F Diatonic tuning - an interesting experiment that applies the qualities of the pedal harp's tuning to the pedal steel.  Next I've included two songs with Band-In-A-Box accompaniment: a swing tune on E9th and a "smooth jazz" tune on lap steel. I closed the set with four of my favorite gospel songs, played as steel guitar duets on the extended E9th.

This is not a typical steel album. I just wanted to get these tracks out there so that people could hear them. I hope they'll inspire more folks to write their own tunes and explore new directions for the steel guitar. 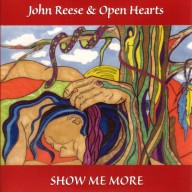 I've been playing with singer-songwriter John Reese and his band Open Hearts since 2000. You can read more about us at OpenHeartsMusic.com.

This isn't a steel guitar CD at all. I've included it here for steel players who are interested in how the pedal steel can work in a rock band without making the band sound country. Yes, we do a few country tunes, but for the most part I approach the music like a rock guitarist when I play with Open Hearts.

I play a 12 string extended E9th tuning. The low notes of the S-12 are essential for this kind of music, as is the overdriven sound of a good tube amp. Most of the rhythm crunch tones that you hear on this CD are the low notes of my Sierra pedal steel.

But this album isn't about me - it's about John's tunes and the band that identifies with them so well. I'm happy and proud to have been a part of this project, and I hope that Open Hearts will find a few more fans among steel players who enjoy rock music. 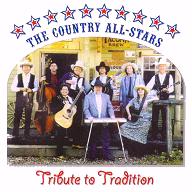 The Country All-Stars
"Tribute To Tradition"

This is an "all country" CD of a nine piece band I played with in Northern California. We did country standards in the classic country style, playing mostly fairs and other large outdoor events. The cover shows me standing at my Stringmaster, but almost all of the steel work on the CD is pedal steel. (Can you find the lap steel solo?)